Study area of the project 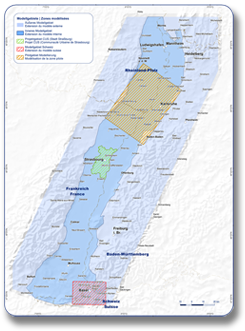 Modelling zones of the GeORG project 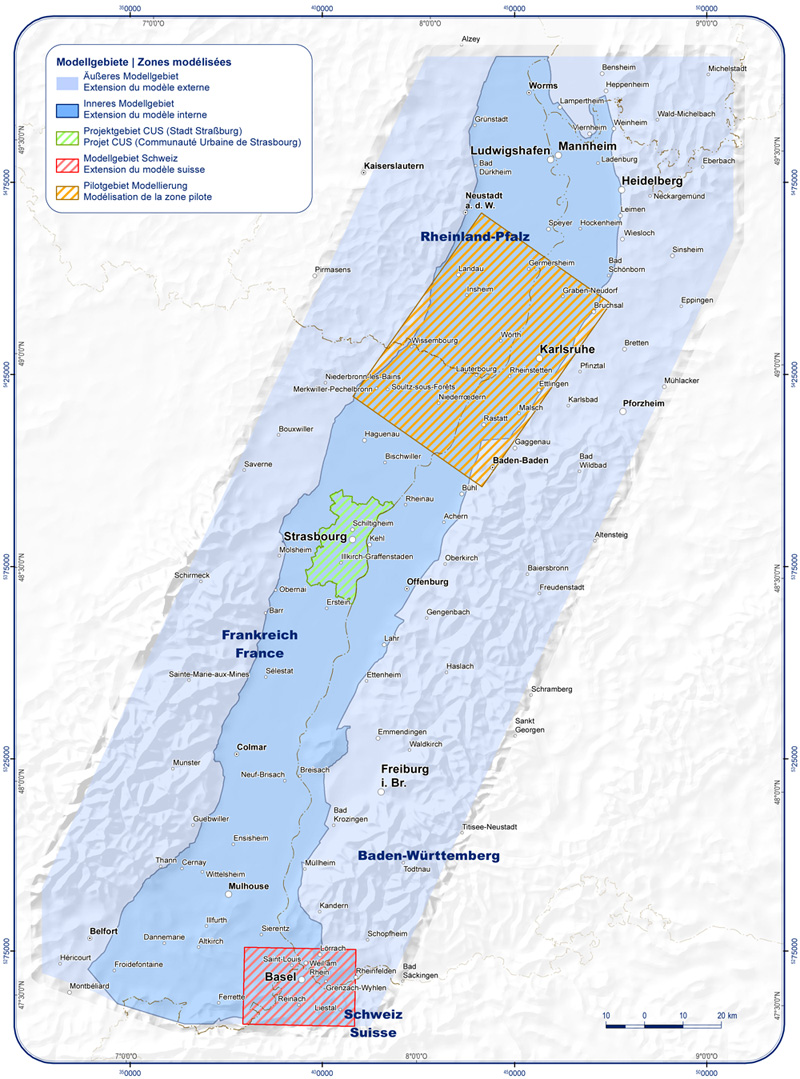 Modelling zones of the GeORG project
The borders of the project study area have been defined according to technical constraints and include the Rhine Graben from the city of Basel in the South to the city of Worms in the North. The 3D model extends wide enough to include important fracture fields on both borders of the Graben.

The figure shows the limits of the different modelling areas.

Transcending borders with every project